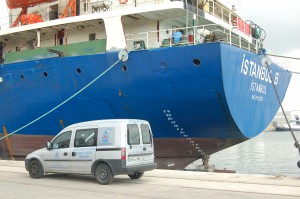 The action of the Apostleship of the Sea in Tarragona began in 1978 at the express wish of the then Archbishop Dr. Josep Pont i Gol. For four years the foundations were laid for a service for the attention of sailors, both merchants and fishermen.

During a long hiatus of 21 years, in 1999 the archbishop Dr. Lluís Martínez Sistach commissions the Jesuit priest P. Antonio M. Culebras Hidalgo, helped by the deacon Raimon Mateu, the start-up again of the maritime apostolate in the port of Tarragona.

The Port Authority of Tarragona ceded one floor on Calle del Mar, number 3, where a seaman service office was installed. Since then, the Apostleship of the Sea “Stella Maris” of Tarragona has been working in the port serving sailors and maritime people who have needed our help.

From 2003, Archbishop Lluís Martínez Sistach instructs Deacon Raimon Mateu, the Diocesan Delegation of the Apostleship of the Sea, with the express order of dedication to the merchant marine sailors who dock with their ships in the Port of Tarragona, a position that still performs today. 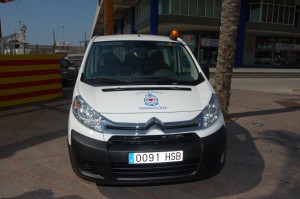 In 2009, a second-hand van, with 5 seats, was purchased to provide the service. Marked with the “Apostolatus Maris” badge, he began transporting sailors from the berth to our office. We became “visible” in an immense space where what predominates most are heavy trucks. Sailors are served in the Seafarer’s Office find a phone to call their relatives, a space to rest with a television with satellite connection, a coffee maker and soft drinks.

The visit service is established for three days a week, always depending on the availability of the volunteers. This availability is always conditioned to the personal tasks of those who want to dedicate their free time to evangelization in the world of the Sea. 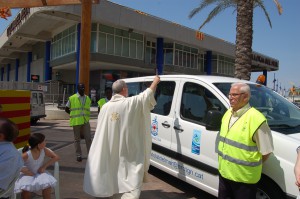 In 2014, the Port Authority of Tarragona gave us a space inside the port. The old building of Exterior Health is free and we occupy the ground floor. In her the new dependencies of the “Stella Maris” are installed: office, bar, chapel-library, parlor. A new phase in the life of the Apostleship of the Sea begins. This comes with the purchase of a new vehicle, a mini-bus with 9 seats, offered by the ITF union “International Transport Workers’ Federation” to carry out the service of transportation inside the port. The number of volunteers to visit sailors is increased. We went from 3 people to 9 and we managed to keep the visits every day, from Monday to Saturday, in the morning. In the afternoon the “Seafarer’s Center” of the Stella Maris in Tarragona is open from 5:00 p.m. until 8:30 p.m., carrying out the last shuttle service to the ships at 8:15 p.m.