AoS calls for action to tackle trafficking of fishers 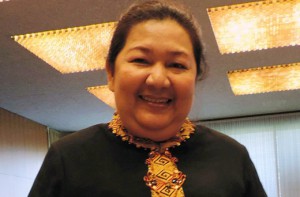 Apostleship of the Sea’s (AoS) global network has called for concerted effort targeting sea and fishing ports worldwide to tackle smuggling and human trafficking in the fishing and maritime industries.
Ms Apinya Tajit, Deputy Director of AoS Sriracha in Thailand said ports have been identified as transit points not only for goods and passengers, but also for potential victims of trafficking for forced labour and sexual exploitation.
“Governments through the relevant agencies such as Flag States, Port Authorities and Coast Guards must increase checks on fishing vessels when in port and strictly implement existing international regulations and conventions on the human and labour rights of fishers,” she said.
Ms Tajit was speaking at the Christian Organisations Against Trafficking NETwork (COATNET) biennial meeting of affiliates in Paris this week. AoS is the Catholic Church’s maritime agency that provides welfare and spiritual support to seafarers.
COATNET is an ecumenical network of organisations working with Christian churches to combat human trafficking and to assist people who are or have been trafficked. It operates under the umbrella of Caritas Internationalis.
Ms Tajit said COATNET will engage with governments, seafood companies, non-governmental organisations (NGOs) and consumers to ensure seafood companies identify and choose suppliers who do not use forced labour in their fishing operations and have guidelines and policies against human trafficking built into their contracts.
She said COATNET also looked forward to partnering with maritime NGO’s to act as the ‘voice of fishermen’ by reporting to national governments and international institutions their concerns and aspirations.
“We should increase consumers’ awareness about the quality of seafood on supermarket shelves. Seafood that is generally very cheap or is regularly sold at a very competitive price often can originate from companies that habitually make use of forced labour and human trafficking,” she added. 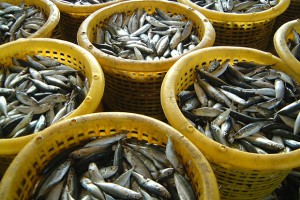 Despite hitting global headlines, the problem of people smuggling and human trafficking in fishing and maritime has resulted in very little positive outcome and action, Ms Tajit said. “Fishing vessels often operate in deep sea, miles away from any form of government or recognised authority that is able to control and inspect the human and labour conditions of fishermen on board, as well as implement the law and impose sanctions.
“The operating costs of fishing vessels are extremely high and fish stocks are declining, so for many companies the only way to remain competitive and maintain a profit margin is to cut down labour costs,” she said.
Ms Tajit pointed out that from June 2013 to November 2014 the Italian Federation of Stella Maris (AoS) centres in Italy had implemented a project called ‘Haven in Harbour’ at four Italian ports – Genova, Bari, Siracusa and Trieste.
In the early nineties, AoS in the Philippines spearheaded a campaign to educate the rural poor about trafficking and forced labour.
Ms Tajit said AoS International is now looking to embark on a joint project with the United States Conference of Catholic Bishops’ Migration and Refugees Services to fight trafficking in the maritime sector. This is in addition to the ongoing work AoS has carried out in this area with the Bishops’ Conference of England and Wales.
“Stella Maris chaplains and ship visitors will continue to offer shelter and support to victims,” she said.”