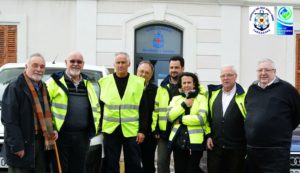 The daily life of merchant seamen is very hard. Far from home, with extended hours of work, for the seamen it is of great consolation to them to be able to count upon the attention offered to them by Stella Maris. At the port of Tarragona, the team of the Apostleship of the Sea of the Archbishopric of Tarragona helps the seamen in both their materialistic and spiritual needs.

A team of volunteers makes an effort to welcome them and to make them feel as if they were in their own homes.

Our visitors to the vessels go out every morning and afternoon, from Monday to Saturday to the docks of the Port of Tarragona, visiting vessels and greeting the crews. Apart from welcoming them to the port of Tarragona and taking an interest in their needs, they offer the services of Stella Maris, also information on the port and the city, bulletins in various languages, publications regarding the maritime world and religious material. 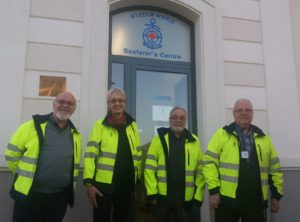 The Apostleship of the Sea in Tarragona cares for the welfare of the people of the sea, including all spiritual aspects. Catholic religious services are celebrated regularly, also offered are the possibility of services for other Christian denominations including other religions. As a member of the International Christian Maritime Association (ICMA), the Apostleship of the Sea in Tarragona, maintains regular contact with other maritime organizations of other Christian beliefs. We also have at our disposition the Legal Maritime Centre, where lawyers give legal advice and rapid replies to problems which visiting seaman may have.

A video realised by the programme of TV3 “Signes dels Temps” in December 2014, at the Apostleship of the Sea, Stella Maris at Tarragona.