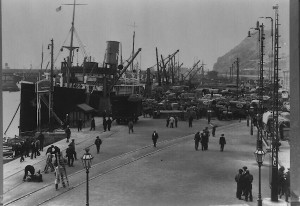 Activity at the docks. Begining of the 20th century

At the beginning of the 20th century in the United Kingdom the “Industrial Revolution” is at its highest point. Systems of production are continuous and do not cease in the production of goods for the consumption of society. The governments of developing countries appear to have found the “Philosophers Stone” for all the problems of society, which can be summed up in a single word: CAPITALISM, better expressed as “Liberal Capitalism”. Between the second and third decades of that century, many people from occidental communities prospered and rose rapidly in social status; a time known as “the roaring twenties”.

But not everyone benefited from this economic abundance. As we are aware many levels of society were left unprotected and outside the abundance created by the economic system and also outside social and political organization. The working classes, with little or no qualifications, received low salaries and almost no social protection from the administration of the state. 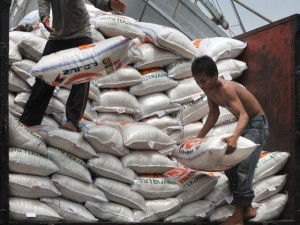 In reply to this social-political problem arose voices critical of the economic system of production. One of the most prominent people who was active against the system was Mary Richmond, an activist in favour of social and civil rights for the working classes. She constructed a methodological system of work and fought in favour of the workers, particularly those most penalised. This method became known as “Social Work”. This approach led to the struggle for basic needs of all English workers of that period.

One of the sectors of industrial production which was most cruel was that of those employed on the sea (stevedores in the ports, fishermen, merchant seamen etc.) with long periods of work loading and unloading cargoes, or long periods of time at sea without touching land. An Anglican reverend, whose parish was based in the maritime district of Glasgow (Scotland), watched those families of the seamen who worked so hard also suffering. The long periods of time spent at sea without seeing their families contributed to the suffering of their relatives who had no news of their loved ones. The reverend, a follower of the work of the activist Mary Richmond, applied her approach and created a place of help and protection for all workers who were associated with the sea. In 1920, the reverend founded the first “APOSTLESHIP OF THE SEA” with the main aims being:

a)   The Pastoral Ambit: religious services and apostleship.

b) A Social Ambit: attending the specific problems of the seafarers.

c) Welfare: To help in the promotion of cultural and recreational time of those workers (later from this action arose “Mariners Clubs”.

Very rapidly the actions of this service for seafaring families spread throughout all the ports of England and later to the principal ports of the continent (e.g. Edinburgh, Rotterdam, Hamburg, Marseille). The first port in Spain, and also one of the pioneers in offering the service of the Apostleship of the Sea to all Europe, was the Port of Barcelona, on 23rd April 1927.

It started in the port of Barcelona due to the impulse of the founder of what was the first Apostleship of the Sea, father Luis Brugada, SJ, who also supported the founding of the second at Bilbao.

The Project of “Stella Maris” in the Spanish state, was the realisation at Vigo in 1959 of the XIII International Congress of the Apostleship’s of the Sea with participation of priests and representatives from all the world. 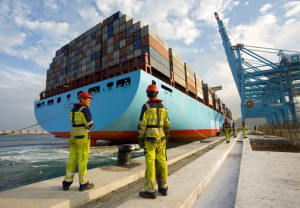 Stevedores at the Port of Tarragona

To be able to understand the work of the Apostleship’s to the Sea throughout the world, it is necessary to view the trajectory of those services from the Canonic point of view. In 1927 this service was no more than some associations having simple statutes blessed by Pope Pius XI, who had expressed the desire that the activities of these associations should expand throughout the hemisphere. In 1952, Pope Pius XII moved the Apostolic Constitution EXSUL FAMILIA, which dealt with the Opus Apostolatus Maris, in the context of pastoral problems which arose within the phenomenon of human mobility. Other references exist relating to maritime pastorship in more general texts, for example in the Code of Canonical Law which mentions explicitly the support of priests to seafarers. In 1977, the Decree was published especially for the Apostolados from the Holy See, and in 1983 the Code of Canonical Law was published with many references to the Apostleship to the Sea. Also the Second Vatican Council expressed the following “…there has to be a special form of dealing with those faithful who through the circumstances of life, are unable to enjoy sufficiently of pastoral attention, both common and ordinary from priests or are totally lacking in this as are exiles, mariners, pilots, nomads etc.”.

In 1977 during the pontificate of Paul VI the Decree came into force which regulated all the Apostleship of the Sea in the world. The final decree given to Apostleship’s of the Sea: “…The peculiar activity, thanks to which it expresses, is organised and developed is the maternal attitude that the church has towards to mariners and seafarers, who cannot enjoy the same pastoral care given by services on the ground”.

On 31st January 1997, Pope Saint John Paul II signed the apostolic letter “Motu Proprio Stella Maris” concerning maritime apostleship, in which “…With the end of going out to meet the demands of peculiar religious assistance needed by men who work in the maritime trade or in fishing, their families, the personnel of the ports and all those who undertake a voyage by sea following the norms laid down in previous years, having listened to the words of our venerable brother the President of the Pontifical Council for the pastoral care of emigrants and itinerants already established.”.